It’s December 26th today and I’m back in the studio after a two to three day hiatus.  Instead of patronizing Hallmark again for Christmas cards, I painted a picture of our kids during one of the first snowstorms back in 2004 or 2005.  I remember taking the picture when it was really snowing and I loved it.  I started a watercolor of it in my sketchbook sometime after the photo was taken but abandon it.  Every now and then it would resurface as I was cleaning and organizing my piles of art and sketchbooks. 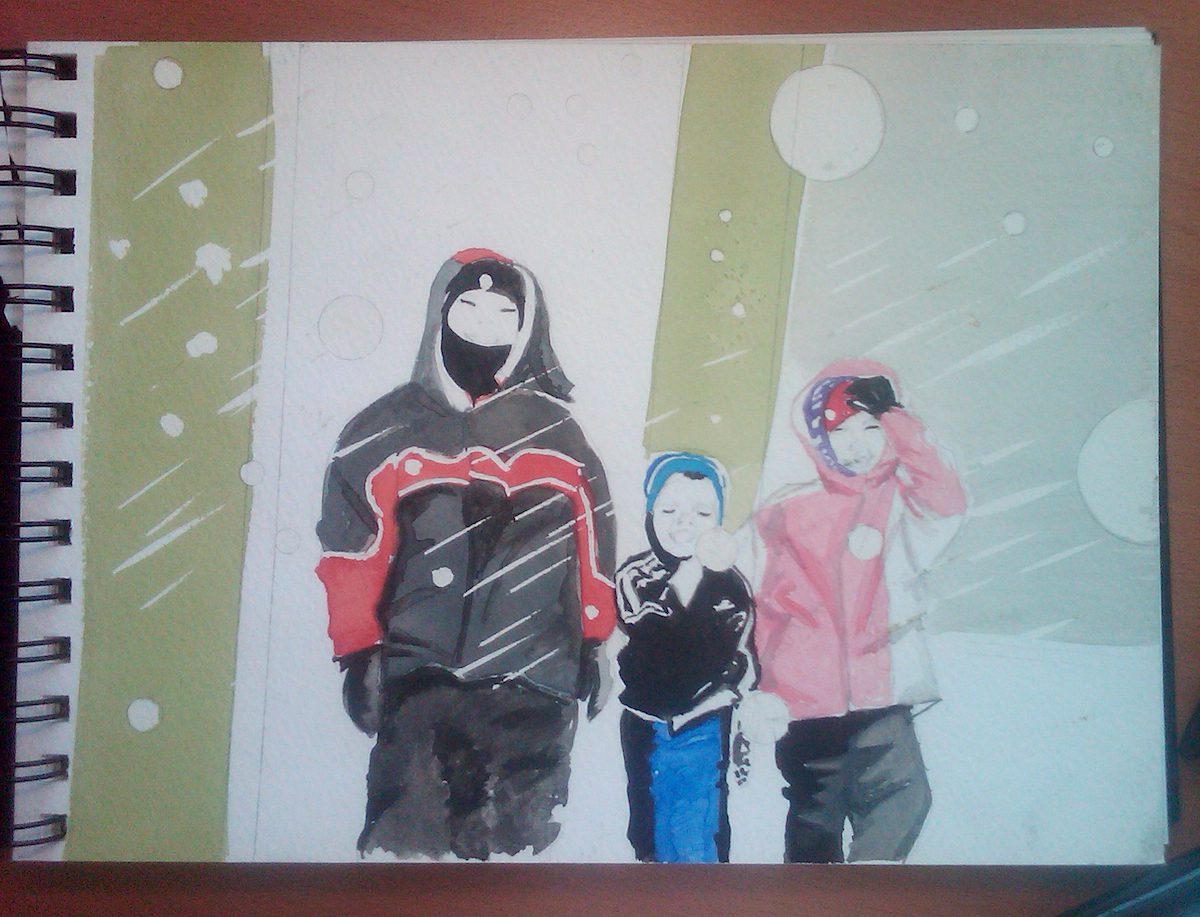 I’d found myself repeatedly staring at the progress I’d made, and say to myself: “You should finish that one John.” Then it would get shuffled into the to-do pile and slowly get buried again.  So this year, I started on a larger version of it and after about two or three short sittings and five hours into it the 8” x 10” painting was completed.

The first version was a 5” x 7”; in it I tried to mask off the snowflakes but could not figure out how to  soften the edges to make them appear out of focus.  There were too many of them and some were very small yet still fuzzy.  I could have splattered masking with a toothbrush to get that random effect but the edges would have been hard and this would not look right at all, so I decided to leave them out and figured I’d try adding them in digitally when I was done painting. 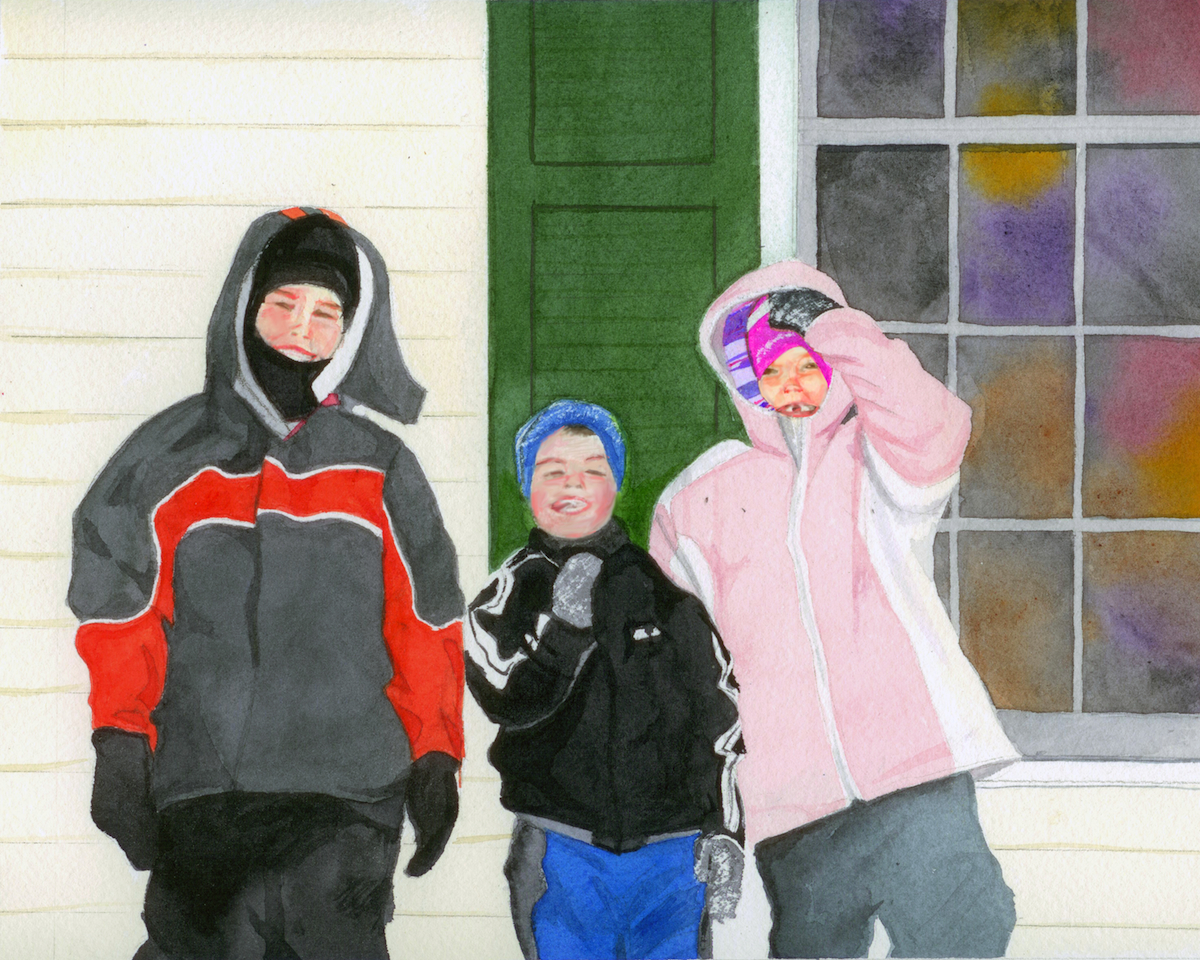 I scanned the painting in, and did a little bit of touchup on the faces in Photoshop then tried for a few hours to get the snow in and gave up around 2:00 AM.  I scoured the internet for tips on how to paint in real snow with watercolor to no avail.  Then I went and looked for Photoshop tutorials and didn’t find much.  Then the light bulb went on and I decided I’d pull the scan into Illustrator and just make layers of transparent white circles of various sizes and blur effects and presto! I had amazing snowflakes.  After about ten minutes of making a bunch of them I just started a massive copy and paste and kept grabbing more and more and laid them over the painting.  Then I got a bit selective and sized a few really large to resemble the photo and began deleting some of the small ones to clean up the image some.  The end result was fantastic.  I have to tip my hat to those digital painters who use similar programs to achieve aesthetically pleasing results.  This watercolor + digital was my first attempt using a computer to enhance my art. 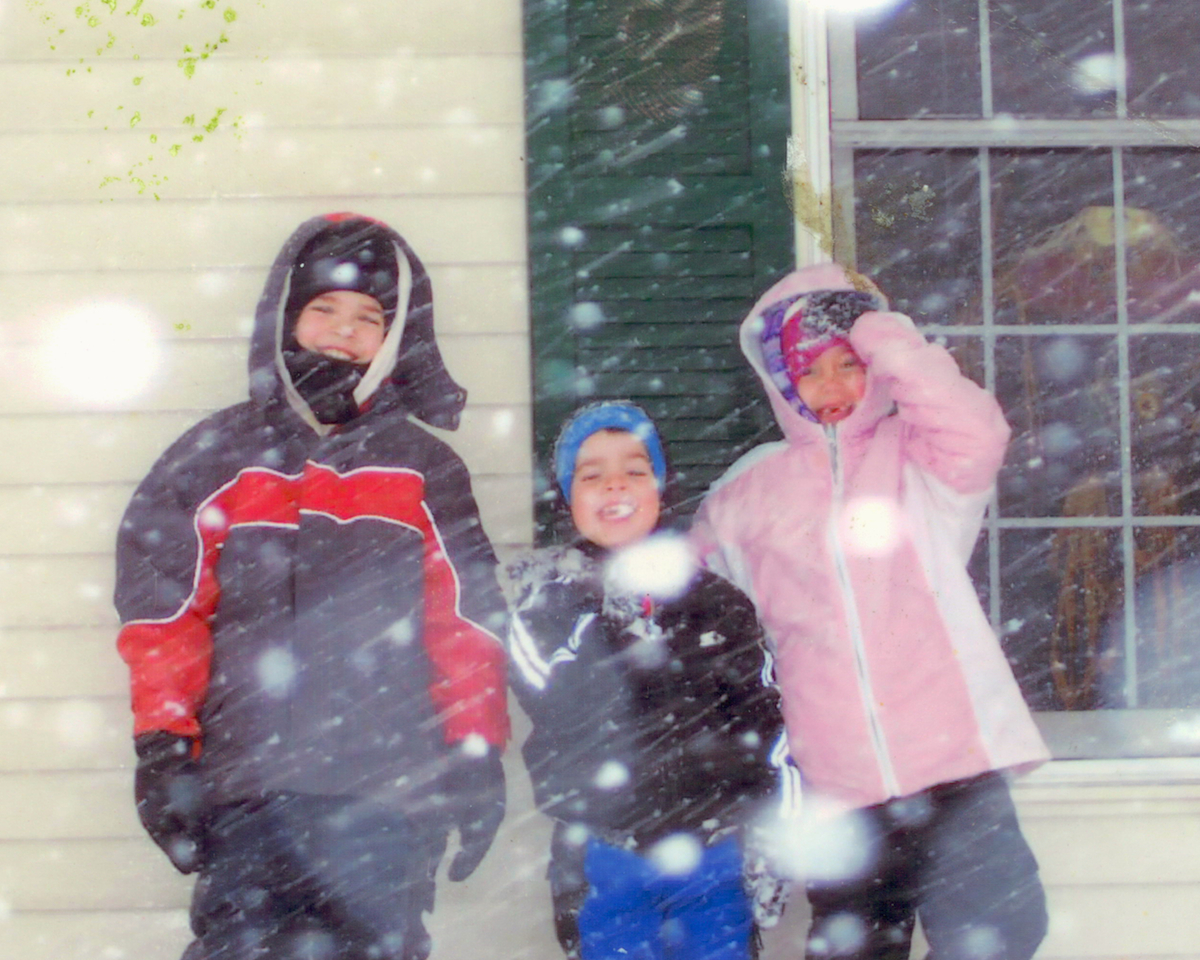 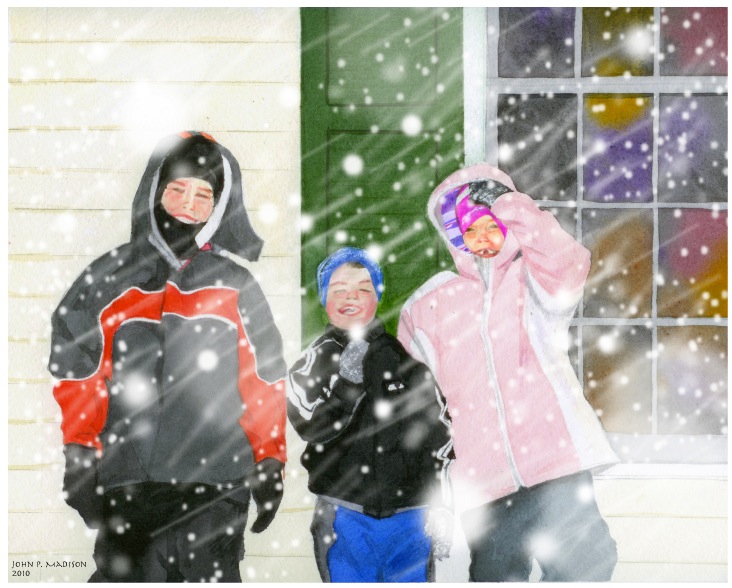 This painting was fun for me, and it was a pressure free piece of work.  It was not for sale, nor going into some show or contest, it was just something I wanted to do for me and I really didn’t care how I was going to get the end result.  All that mattered was that I had the picture done in time to mail prints out as Christmas cards.

Last but not least, for the handful of readers here, I want to thank you all for paying attention to my blog, it’s has been a good way for me to express my thoughts about my work, rant a little, soap box at times and get my thoughts out on paper.  I hope what I have shared has had some shred of value to you the reader.  Hopefully year two, 2011 will be even more insightful for each of us.