Sitting back at my command post, ‘the studio’, I ponder over my mental battle plan for this year.  Spread out on my table in front of me is the arsenal I will use.   My first offensive opens with a 22” x 30” still life watercolor.  Flanking this rests an assortment of Kolinsky Kayak brushes (See Paul Jackson if you want a set), two Tom Lynch porcelain palettes well oiled and ready, each loaded with Winsor & Newton Artist Watercolors.  Nestled between the painting and the paint rests three large vessels of water.  The rest of the room is a mess: receipts everywhere, extra paints, folders, notepads, sketchbooks, pencils and just about everything else that has something or another to due with the business of making art.

Late last year, I began to formulate how 2011 would be a more successful year for me.  This meant I needed to produce qualitatively better paintings, which exhibited something more than a journeyman’s grasp of mechanics.  All my paintings are personal, but sometimes I think they are lifeless and don’t hold the attention of a viewer near as long as someone who paints more compelling subjects.  We’ll see how that goes this year.  My first painting, “Reflections in History” is hopefully a step in that direction.

Other elements of my battle plan are to schedule myself three times as many festivals, and participate in several national shows.  I didn’t get into the AWS National, but I am waiting on jury results for the Missouri Watercolor National, the Transparent Watercolor Societies’ National, and Splash 13.  Later next month I will be sending something down to the Louisiana Watercolor Societies National show and later this year my art will hit the jury’s of the IWS and the NWS.   That’s seven contents that I can think of.  I fully expect to get into three maybe four, which would be three or four more than I was accepted in last year.  2010 was a year of member shows for me.  I tried the MOWS and TWSA National’s last year and didn’t make the jury cuts.  I’ll keep painting, and keep entering… eventually something will give and my persistence will pay off! 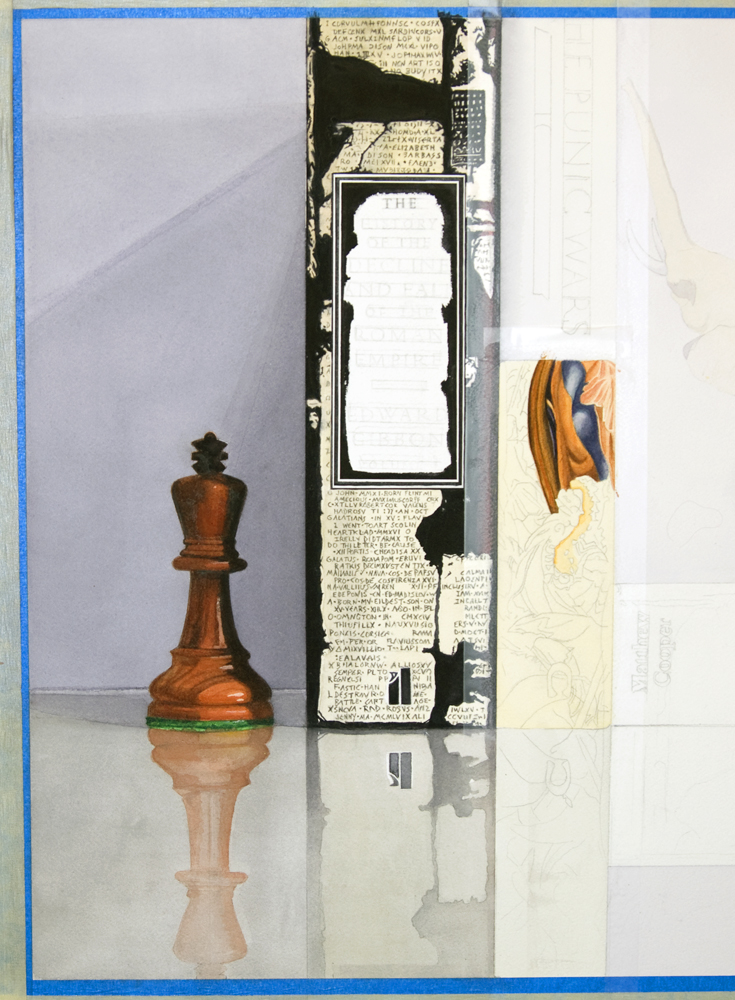 In Progress image of my first painting of 2011

So far I’m on schedule.  I will have this new painting done in the next week tops, and I will move onto two other pieces and start my drawing commissions finally.  I wanted to get more into the process of this painting I’m working on now, but that will have to wait until my next post.  For now, you will have to settle for a photo.