My friend John Stoeckley ( http://www.stoeckley.com ) invited me to attend a Plein Air event in his hometown of Louisiana Missouri late last month.  My initial thoughts were, “I suck at Plein Air, I’ve never done it.  My watercolors are about control and planning… how could I get that kind of painting out side when the light changes by the minute?”

I could not pull this kind of loose painting off on the fly.  So I told John “Yes, sure I’m interested.”

So I packed my art stuff up, trying to stay as portable as possible and drove to Louisiana.  It was very cold for outdoor painting that morning. The temperature was somewhere in the mid 40’s and very windy.  It didn’t warm up anywhere close to where my hands and fingertips were not tingling until around 2:00 PM or so.  I was really stressed about producing something that would not look like some amateur slop poured onto a piece of watercolor paper. 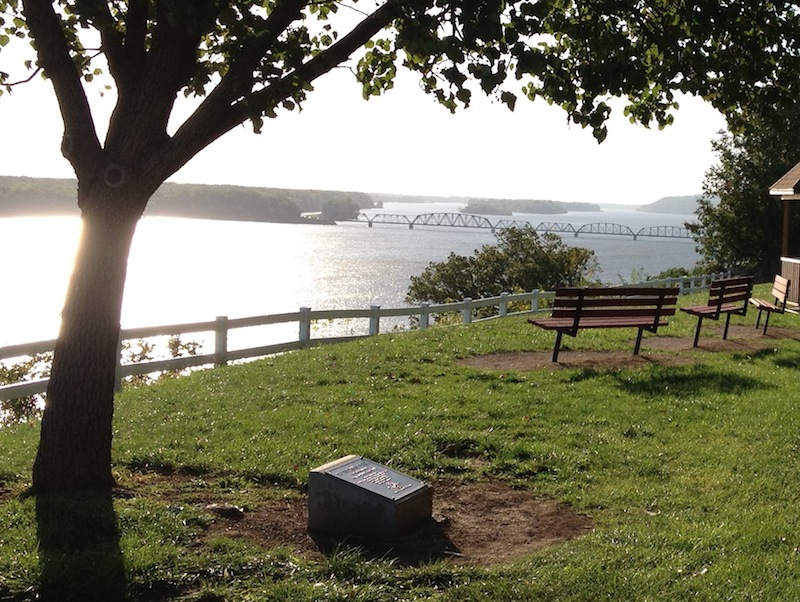 The plan was to stay away from water, as it has been a subject that has brought me some frustration in past paintings.  So I drove around good old downtown Louisiana for about 30 minutes,  looking for the right spot.  All this while I was worrying about starting too late and not finishing my painting on time.  I ended up on a hill overlooking the Mississippi river, which was exactly where I went first, but skipped since it was overlooking the river (water).  As I drove around the little town, I kept trying to find something that topped that location, and nothing came to me as I scanned around.

So I went back to the hill again, to have a second look.  The sun was blazing over the water, almost a white out light, it was beautiful and nothing matched the view.  So I unpacked and started painting the scene in the photo above.

At no point was I happy with my progress.  I almost called it quits a few times.  Several people came up to watch and complimented my work.  It was hard not to make up excuses to the friendly strangers, so I just smiled and thanked them.  By the end I was cold, tired and had just about enough of this plein air stuff.  I put about six hours into this picture and just could not see what anyone would like about it.  If you know me well enough, you know that I’m my own worst critic and perhaps one of the better pessimists around.  >:-]

Boy was I wrong…  At the end of the days painting there was to be an art show for all the participants.  Thankfully John has his frame shop just down the street so we framed my painting and I took it to the art show.  The painting sold for $200.00 and I also received a peoples choice ribbon.  What a great ending to a tough day painting outdoors for the first time in my life. 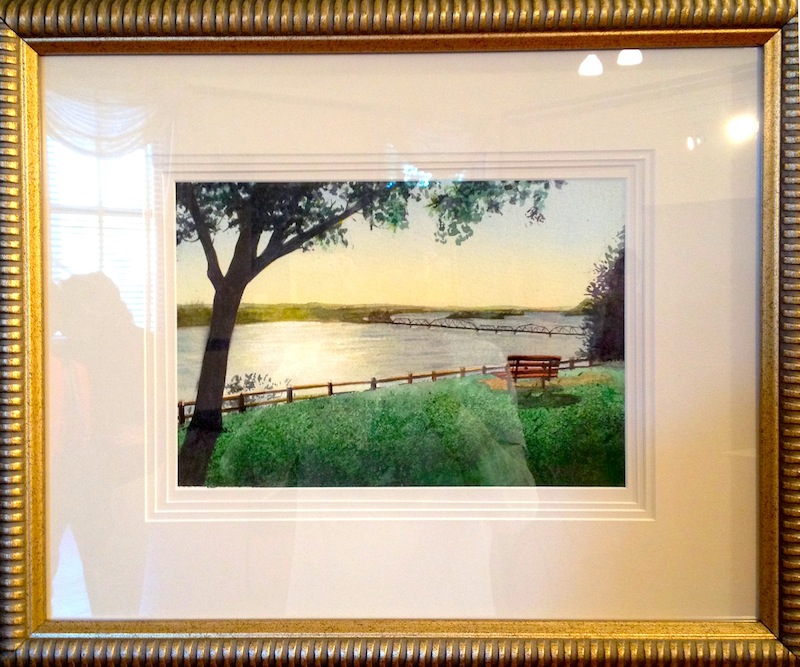 I learned a lot that day, and I know I will be doing more plein air painting, albeit when it’s warmer out!  Painting this way really forces you to paint loose and fast and it has provided me with some counter balance to the tight representational work I normally do in my studio.  Next time I paint outdoors, I’ll be better prepared and have a better, more positive expectation for this type of work.

Doing this makes one really appreciate the masters in the craft.