Have I gone commercial before really opening my doors ‘officially’? Some would argue yes, “John you’re a sell out.”

Sometimes I feel that my desire to be a successful artist has pushed the cart in front of the horse.  For the most part art has been an expensive hobby, though I admit I have seen some successes, yet with the taste I have had I know for certain it’s far from where I would need to be to walk away from my 9-5 job.  I’ve really only had one career in life; so far, and I have enjoyed the field I work in and the people I work with. Yet I don’t love my job, nor do I live to work.  I would like to live as an artist some day soon.  Without self-imposed deadlines and goals, I don’t think I could ever achieve that end.  I’m 40 years old already, and I should have come to this realization when I was 20 but life took me in other directions.

To date, I’ve painted about ten serious watercolor paintings and approximately an equal amount of graphite illustrations since deciding art was something I wanted to pursue.  I’ve been through 27 hours of higher education art classes spanning from community college work to masters level classes, collectively spread out over three different educational institutions.  I’ve found a master painter whom I’ve had the good fortune to learn from and I have built up a wealth of knowledge about the industry in the last four years.  I’ve sought out the advice of other artists, read books, subscribed to magazines and have had a lot of encouragement from my family and friends.  Yet with all that knowledge and support, it comes down to the time commitments required to keep painting watercolors.

You might ask yourself, where the hell am I going with all this, so it comes to this:  the art festival season is about to go into high gear and in order to really get my feet wet and find out whether this hobby has some financial merit, I need to be prepared professionally to present my wares to the public.  The next show is a mere 23 days away, and it’s the hometown show.  A lot is riding on it, as it will be my first real display of work to the public.  Sugar Creek Arts festival, which is run by the McLean County Arts Center is a great art venue.  It draws 1000’s of people annually and is a quality juried show.   Presently I have but seven originals, my tent and prints to sell.  I want to have three additional new paintings done in the next 20 days.  That leaves me a mere seven days for each and little to no time to get prints made let alone the framing taking care of.  Despite this I think I have a good shot at it but I need to focus.

Another caveat to all this is the mounting expense of operating a working art studio.  I quickly out grew my basement and have been working out of a 2nd floor, well lit studio space for a few years now.  I had anticipated being open to the public long ago but I just didn’t pull things together.  I’m out of time now and the art really has to start providing income to cover my desire to remain in the studio and participate in the festival circuit.  If opening the studio up in the evenings, or participating as a vendor in the three festivals I have scheduled for 2010 produces little to no return on my time or investment, I must abandon the studio and return home and figure out how to work out some space to paint from.   I’ll remain vigilant to the festival circuit and expand this to about eight to ten summer shows in 2011.  I’ll know for certain by then whether this would be art career was launched precipitously.  In the end, I’ll know at least I gave it a good try and will have done so without regret.    I was planning on publishing two new images of the two paintings I’m working on, and explaining the process but I need to get back to the painting instead of typing.  So it will have to wait until my next update.   I will post the images I guess so you can at least see the early stages. 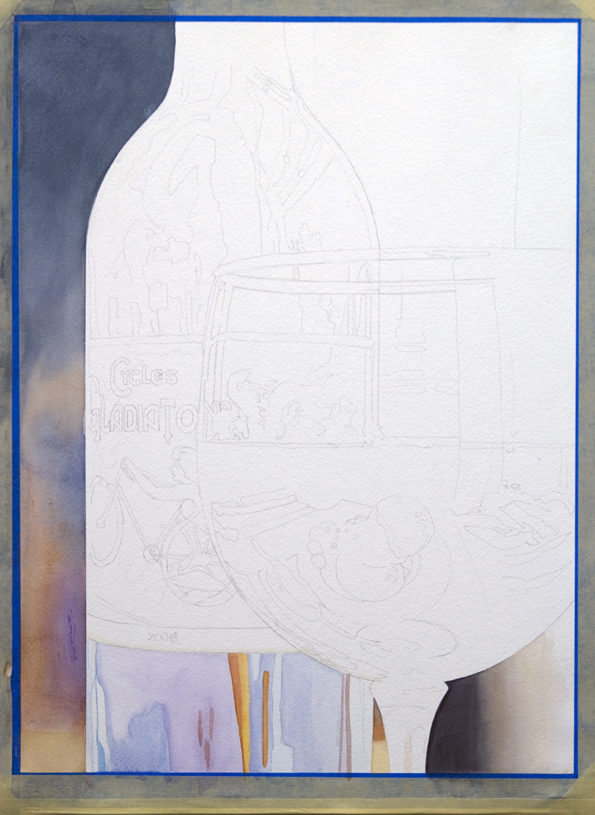 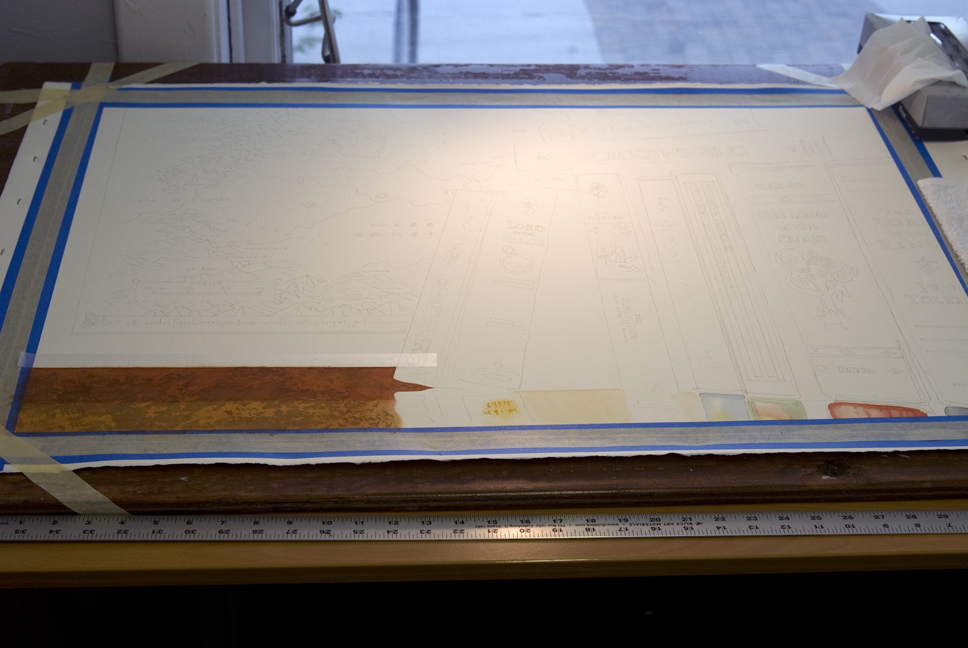